On Monday 7th March we represented Millwall in the UTILITA Kids Cup U11 Regional Finals at Reading Football Stadium. To say we are beyond proud of the 8 children that participated in an understatement. Their passion and enthusiasm really shone through today. Shout out to Jessica and Shauna the only 2 girls at the competition.
We played 10 games in which we won 6 drew 2 and lost 2. Which put us at the top of our group.

Our semi-finals was a nail biting end with a draw against Swansea (1-1) which led to penalties. Where we won on sudden death 5-4
Then came the finals after a fighting performance we lost 4-3 to Luton.

The children played all in all 120 minutes of football today and reflected all of our school values RESILIENCE being the main one.

The children also met former Wales Captain Ashley Williams who also played for Swansea and Everton in the Premier League.

A huge thank you to the Millwall Community Coaches who accompanied us .... Jorden and Richard.

Hezekiah, Mikael, Jonathan, Micaiah, Daniel, Jaron, Jessica and Shauna we are proud of you all!

Congratulations to our Y5/6 football team, who took 1st place and crowned Lewisham Champions in the Y5/6 School Games Football Competition on Tuesday 1st March 2022. We are extremely proud of all of them.

The scores were as follows:

We were unbeaten in the group stages and came top of our group with 25points.

There was some outstanding football played today! Well done to Micaiah, Mikael, Jonathan, Hezekiah, Daniel, Jaron, Shauna and Jessica from Year 6 and Jaden from Year 5. 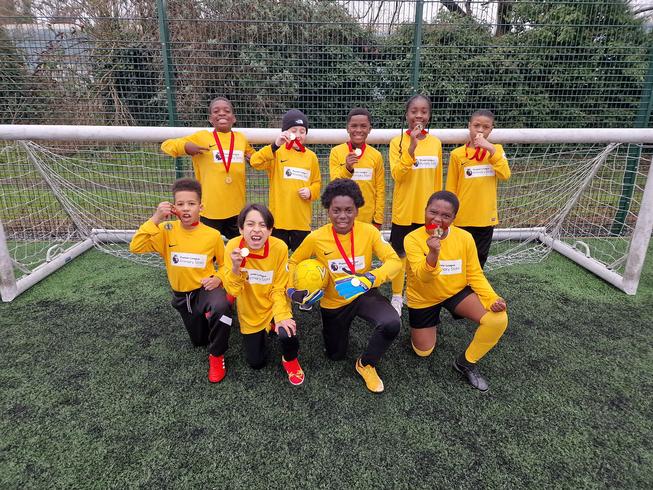 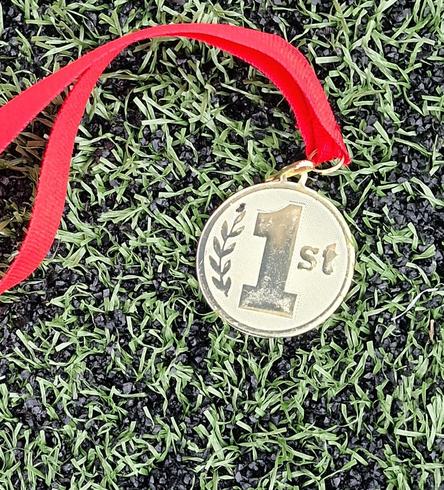 The competition was comprised of 5 schools who all played each other twice. Holy Trinity won 7 games and drew 1 game. Only conceding 1 goal throughout the entire tournament.

We collected our trophy at half time during the Millwall vs Sheffield United Football Match on Saturday 26th February 2022 in front of 15,000 fans.

The Utilita Kids Cup comprises of a six-a-side competition for U11 schoolchildren and culminates in three finals across the Sky Bet EFL Play-Off weekend in May.

The road to the finals starts when the new school term starts. Each EFL club organises a Utilita Kids Cup local competition for all local schools wishing to take part. We took part in the competition at Millwall on Thursday and won. We will be now be going on represent Millwall in the next stage of the competition.

We were split into 2 groups, we won all of our group matches with the following scores: 1-0 against Turnham, 6-0 against Holbeach, 2-1 vs Deptford Park and finally 1-0 against St Josephs. We then played the winners of the other group who were also called St Josephs where there was a nail-biting final coming back from 2-0 deficit to win 3-2.

We are extremely proud of the team.

Unfortunately not the ones with chocolate chips.

Some cookies are necessary in order to make this website function correctly. These are set by default and whilst you can block or delete them by changing your browser settings, some functionality such as being able to log in to the website will not work if you do this. The necessary cookies set on this website are as follows:

Cookies that are not necessary to make the website work, but which enable additional functionality, can also be set. By default these cookies are disabled, but you can choose to enable them below: